WIDE Services is full STEaM ahead! 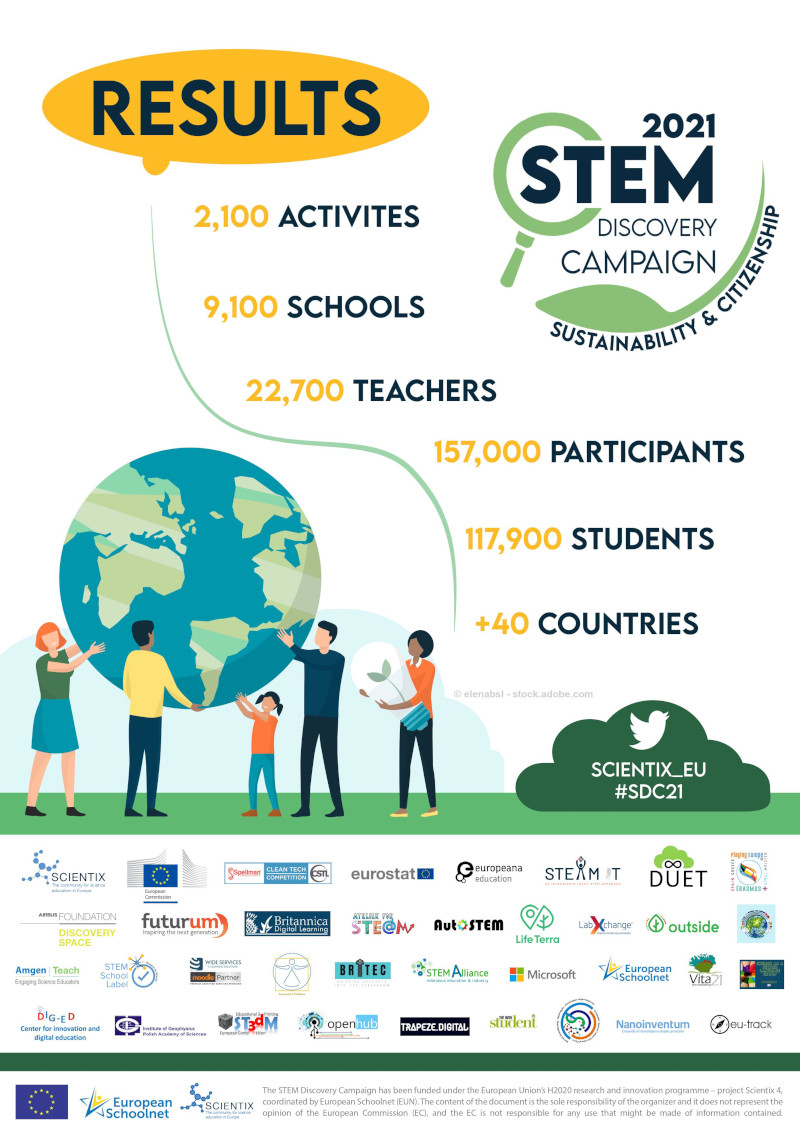 WIDE Services with its WIDE TRAINING E-ACADEMY was a proud supporter of the 2021 STEAM Discovery Campaign, an initiative of the European Schoolnet, a Brussels-based consortium of thirty-two Ministries of Education. Five of the Winners qualified from the Scientix Committee will have the opportunity to attend the (acknowledged by Moodle Headquarters) Course entitled STEM TEACHING WITH MOODLE, to learn in depth and engage with almost every STEM relevant Moodle feature!

After the campaign has closed and the results were announced, the Scientix team reported a record number of participants. Over 166 activities were organized 157,000 educators, parents, industry representatives, policymakers and pupils involved among them 22,700 teachers 9,100 schools engaged in the campaign, from over 40 countries.

More info on the results of the 2021 STEM Discovery campaign can be found here.

WIDE Services remains fully committed and actively supporter of worldwide STEM education and remains willing to support relevant initiatives in the future. Awaiting to shake hands with the winners!